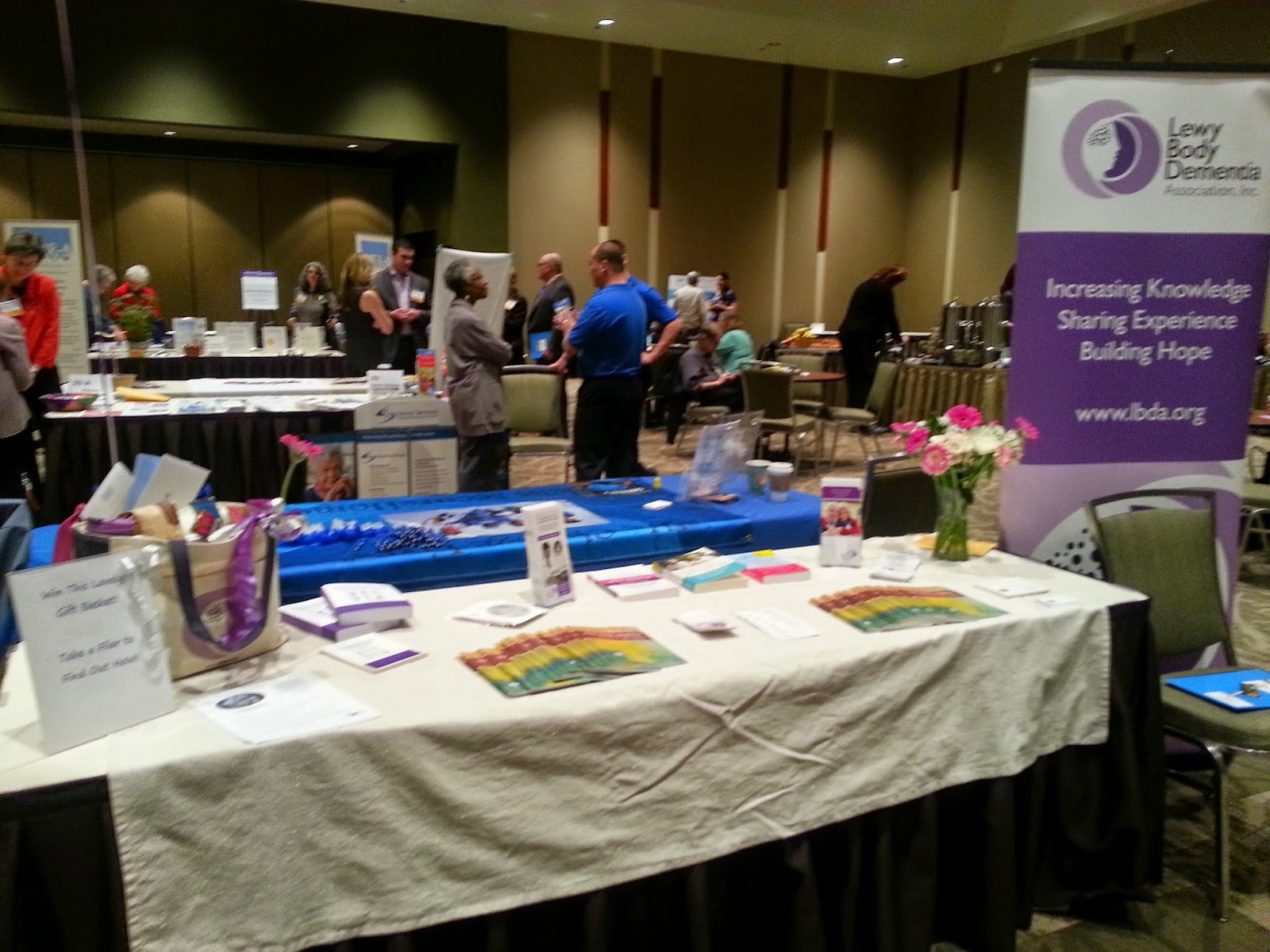 It was a truly amazing day at the Seattle Convention Center - amazing and a little heart-breaking at the same time because all of us were there because we have either been touched by dementia or we work to help those who have.

I met so many amazing family caregivers, including one woman that my companion and I spent a half an hour talking to, about her husband and the incredible trials they had already undergone - as well as the ones she feared were coming. So many people touched by the devastation of dementia in a personal way - it was a privilege to talk to them.

I also met many professional caregivers and people who ran facilities and support groups. There were two women who ran an Adult Family Home in another state who I adored - they were so matter-of-fact in describing the troubles they had keeping staff and keeping their residents happy and healthy; even the ones who had very disruptive behaviors. Both women said, when I commended them on accepting problem cases, that nobody left their facility until they were rolled out, no matter what they were doing. I love that!

There were lots of exhibitors; attorneys, facilities, care managers, and health care companies, as well as the local non-profit groups who were trying to spread the word about their free services or about planning out your end-of-life. All of them were friendly and knowledgeable and obviously felt strongly about what they were doing!

And thank you to the excellent care and friendliness of the Alzheimer's Association Washington, who fed us lunch and looked after us while we tried to look after those who needed help and information. Altogether a rewarding, if tiring, experience!

Many, many grateful thanks to my husband Paul, and to Julie and Nancy, my support group volunteers, without whom I would have been overwhelmed! 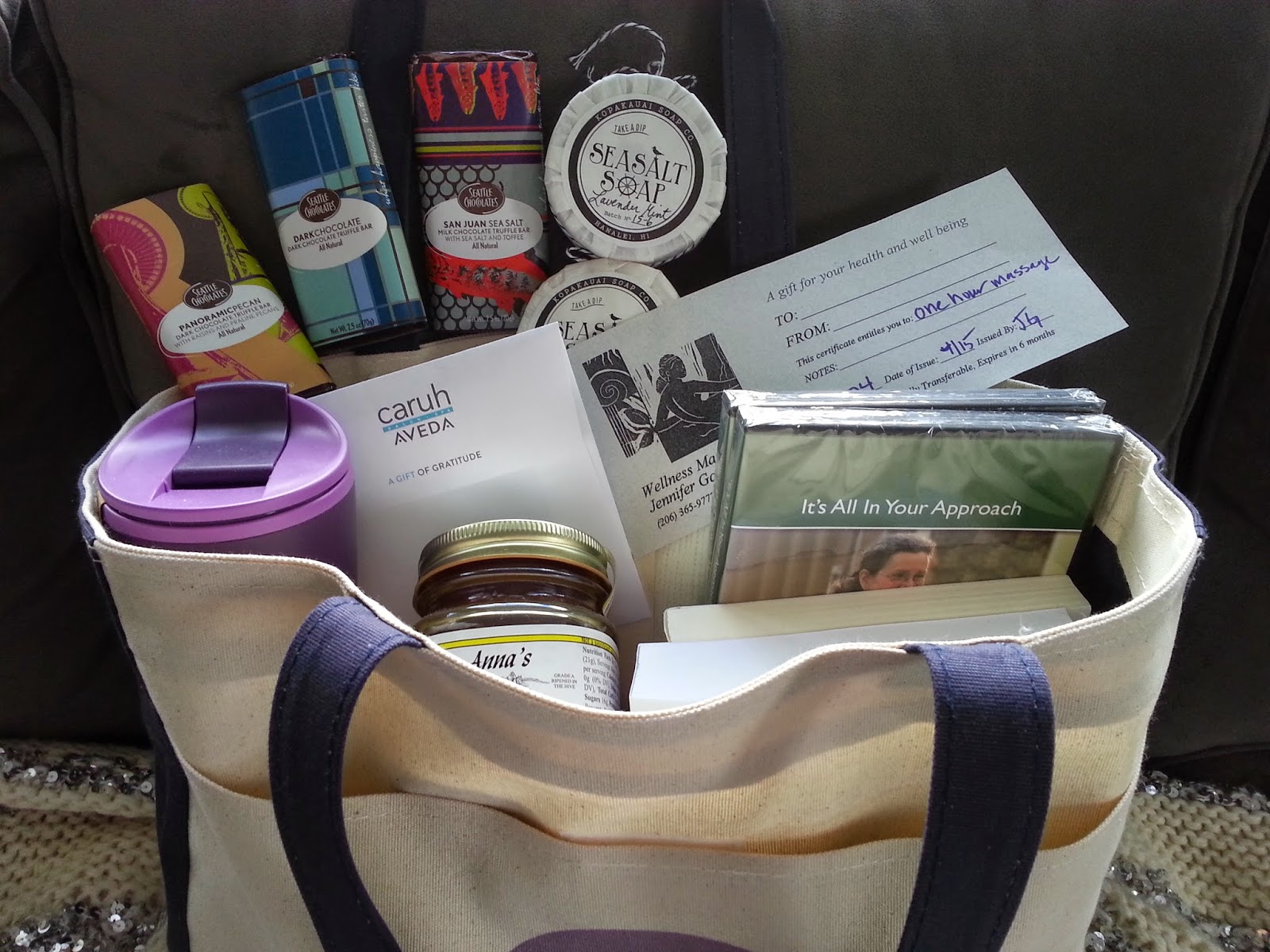 Please donate, whatever you can, and make sure you leave your name and/or your email address so I can add you to the drawing for this amazing Care Package!

ALL proceeds go to the LBDA - goods and services have been donated by my friends, family, and me!
Posted by Joy Walker at 1:41 PM 5 comments:

Greetings readers, caregivers, and families! My first fundraiser is up and running and I invite you all to visit the link and take a look. As a thank you to everyone who donates, I am giving away a Caregiver Care Package packed with lovely goods and services. Please check out the link for details; whatever you can donate, whether it is $1 or $100, you will be entered if you either make sure to donate under your name, which I will use in the drawing or include your email address in your message. I wanted to do something nice for caregivers, but, of course, you don't have to be a caregiver to win - there are lots of other goodies non-dementia related.

I know most of my readers probably don't live in Seattle, and all of the services, donated by friends and family, are located here. If you win and you're out of town, I'll send you the Care Package goodies (with a few more thrown in) and you can donate the services to a local caregiver.

All the money goes to the LBDA, which does an amazing job supporting caregivers and families, and spreading awareness about LBD. I'll be posting updates here from time to time, and thank you again.

https://give.everydayhero.com/us/lbd-caregivers-need-care
Posted by Joy Walker at 11:37 AM 5 comments: